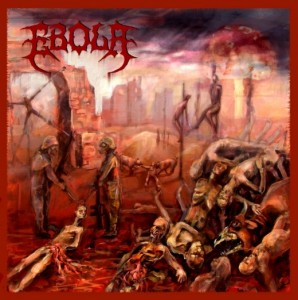 Horde is back after four years of silence. Half an hour fucking death metal in the stale old-school atmosphere moves you into the abyss of the early nineties. Eleven hellish, profane, hateful tracks crush the naive and blind into dust with their massive sound. Additionally in the end of album industrial track by Horologium. Album released in a standard box. All copies hand numbered. CD with graphics pressing. This album proves Ebola its lead in the home throne of old school death.