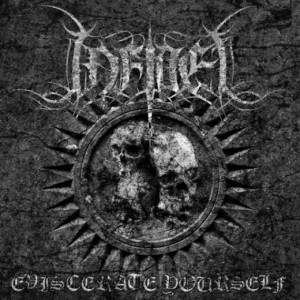 Horde is back after two years of silence, with five songs, smelly and slippery congealed blood. A little slower than previous materials, but no less hateful and bloody unleash plague and chaos. New songs are devastating black metal rotten to the last drop of blood was recorded without unnecessary frills. Hatred, death and blasphemy in every second. Material recorded and mixed by Poland in Metal Sound Studio. MCD released in a standard case. All copies are hand numbered. Limit of 999 copies.