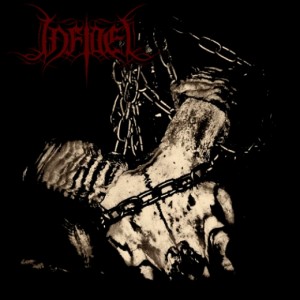 “Chaos Blasphemy Blood Rituals” is a record of blasphemy, which took place in Rzeszow in 2009 when the collective self-abuse Grim Harvest Festival II. Material recorded and produced most professionally by standards of underground music. Strictly limited to 100 copies! Complementing this unique item is the EP “Conquered Divinity” with three tracks not previously issued. Only for maniacs!