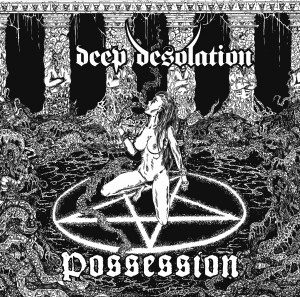 The new album DEEP DESOLATION is greater continuation of direction taken by band for birth moment. Unusual mixing different music styles in a cauldron full of diabolical possession . Five long dark tracks crawls out of the speakers to engage in occult – blasphemous circle. “Possession” is a great magic combination of black / doom with heavy metal influences. Psychedelic riffs , dirty growling , occult texts build vision on the altar of the power of darkness . The third album is a horde from Lodz is most mature portion of the music given by the band. Album released in cooperation with The End Of Time Records.