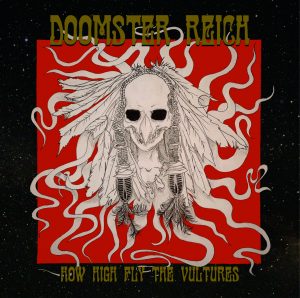 A year after well received “Drug Magick” album, Doomsters unleash their third record. “How High Fly the Vultures” is a worthy successor of their former releases – heavier, more wolfish and unpredictable. The album itself is made of 5 tracks, including a cover of Venom’s “Warhead”. 43 minutes of psychedelic doom-kraut hybrid, ready to put you into the Devil’s embrace. Prepare yourself for a soundtrack to unsettling visions and sado-masochistic delights on the verge of consciousness. Once again, all tracks were rdcorded live in Radio Lodz Concert Studio. Standard jewelcase release, all copies hand-numbered.