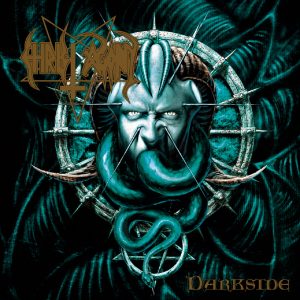 Second act of our collaboration with the Christ Agony band ends up with a remake of the “Darkside” album. Originally released in 1997 the album caused quite a commotion revealing a different face of the band. Black Metal got combined here with a big deal of electronics and dark ambient. It does not influence reception of the music itself – it still takes you to its dark and mystic domain. This time the album has been released with an extra CD titled “Darkness” which among the others consists of unpublished recordings from the recording session. Nine additional songs which partly got rerecorded, reconstructed and recovered from old works. It all makes 50 extra minutes which enrich and enhance dark aura of the album. Released in a standard box, two golden CDs, all the copies numbered manually.