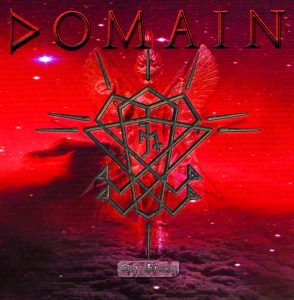 After 17 years last act of DOMAINs triptych was re-released. This is the first release on CD because 2002 eversion of this album was released on a professionally CD-R in a small number of copies . “Gat Etemmi” is a 40 minutes of dark Death Metal with raw sound and wider ambient elements use. Sinister, blasphemous, hateful lyrics hits directly into Christian religion. All is clothed in Middle East aesthetic heritage. The legacy of ancient primeval evil – the cradle of all things. Music as at first edition, without unnecessary interference. Booklet is enriched by old interviews, photos from fanzines and magazines. Album released on the gold CD. All copies are hand numbered.