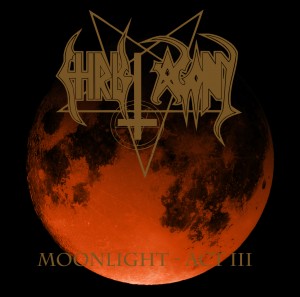 OLD TEMPLE reissue Christ Agony “Moonlight – Act III” legendary album originally released in 1996. The album is filled by six monumental, immersed in the dark tracks. “Moonlight” is a occult ritual for the glory of the Lord of Darkness. This album is a must-have for true black metal fans. Reedition with original sound without studio corrections. Released on a gold CD. All copies are handmade numbered.