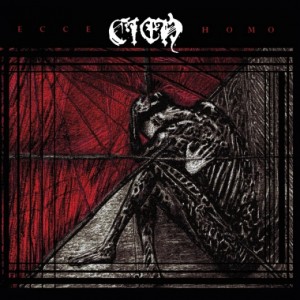 Cien (in English – Shadow) debut album takes us into the gloomy and cold climate full of hypnotic and anxious melody. The seven tracks of classic black metal replenished by cold wave melancholy and depressive – catatonic doom metal . Long songs drive in into the consciousness and rooted restless vision in doubt making sense of life , faith , feelings, finding last moments before death , the thought of the victims before killing blow , kill survival instincts , and inserted into the abyss of shadows full of condemnation , the pain of existence , hatred for the laws of life . ” Ecce Homo ” it is your kaleidoscope converts the colors of life into the dark visions. Album released in a standard case . All copies hand numbered.