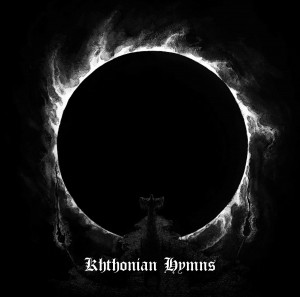 Eight dark anthems rooted in early Hellenic Black Metal best times. “Khthonian Hymns” is a journey into the primeval abyss full of fire and sulfur, going further down the abyss in order to awaken the titanic blood and ascend. The Primeval Forces are invoked in order to destroy the modern world and through. Profane and infernal chaos to bring a new order of spiritual ascension. This album is a tribute to the titanic forces of the old and the masters of the Hellenic underground black metal. The album released on a gold CD. A co-release of Metal Throne Productions and Old Temple.