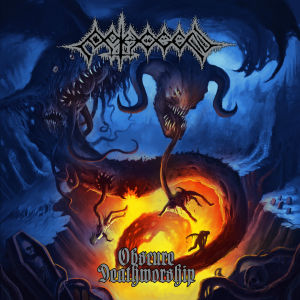 Sordid Death Metal purveyors from Philippines are back and uncompromisingly attack with their fifth album. They infect with murderous plague of “Obscure Deathworship” in nine ruthless, vindictive and aggressive songs. 45 minutes of wild, sinister Death Metal from the dark abyss of the classic metal underground of the early 90’s. Album released on a gold CD, all copies are hand-numbered.