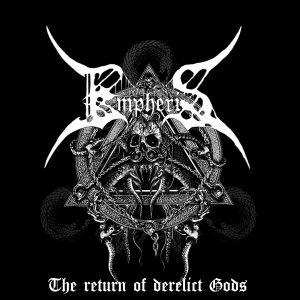 Marauders of the scene burried in tears their hopes to hear the next album long time ago. However, after the storms in the band, changes in squad, one of the most distinguished hordes of the Polish Underground returns with a new album! After more than a decade, EMPHERIS will devastate the Maniacs with sounds of “The Return Of Derelict Gods”. 41 minutes of furious and aggressive Blackened Thrash Metal spitting with its uncompromising and old-fashioned approach to the face of the new pseudo-metal. And it’s all in Devilish Dark, Lovecraftian atmosphere. Album is released in a standard box on a CD. All copies are manually numbered.