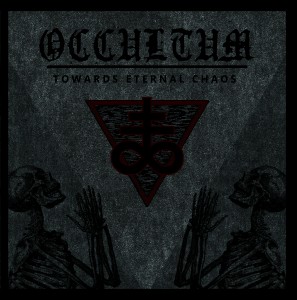 Seven apocalyptic black metal hymns in classic style. More than half hours of Satanic sound mystery for glory of darkness. Music full of contempt for the sacred, emanates of blasphemy and aggression. Mandatory album for any fan of black metal deviation, which draws straight from hell unbridled hatred. Occultum debut is a sin, whose not wash away even baptism. The album released on a gold CD. All copies hand numbered. Attention !!! The end of the song “Abomination” is exactly vision of band.